Get fresh music recommendations delivered to your inbox every Friday.
We've updated our Terms of Use. You can review the changes here.

from Tilt and Shine by Kevin Gordon 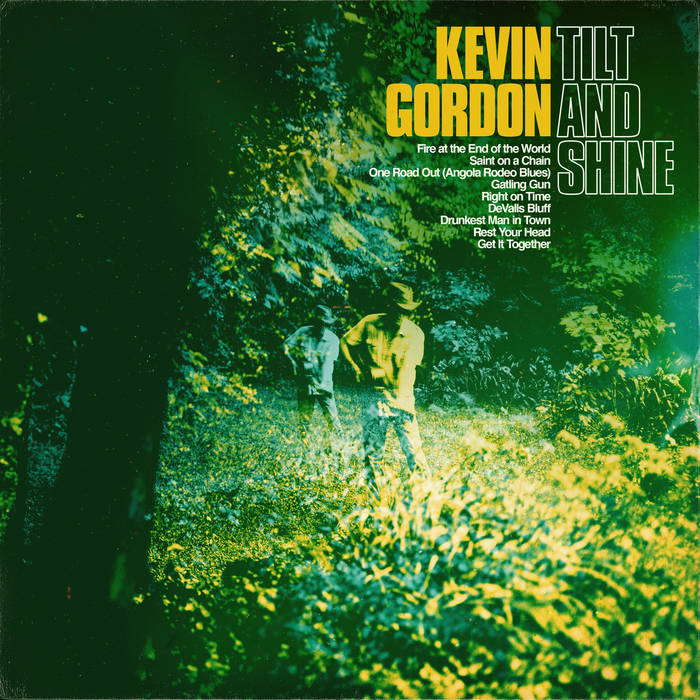 Gonna call John Henry help build me a railroad
Straight through the coal mines, pick up a big load
Dig a hole to China, ride it on down
Keep sinking low til I come out on higher ground

I could take a razor to my blank stare
Bleed out every memory of her in there
Toss my eyes like dice into the sky
But I’d come up empty, still asking why

I still see her there
How the river wind plays her hair
Gold in fallen light
On the levee by my side
Giving me her time
The wild meadow of her mind
The bloom of her soft kiss
Why can’t it stay like this
And nothing less?

Kevin Gordon is a Louisiana native whose latest releases, Tilt & Shine, Long Gone Time, & 2012's Gloryland, earned raves from the NY Times, Rolling Stone, NPR, and others. His songs have been recorded by Keith Richards, Levon Helm, Hard Working Americans, Irma Thomas, & others. "Down to the Well", a duet w/Lucinda Williams, was featured on the Oxford American Southern Music Sampler. ... more

Bandcamp Daily  your guide to the world of Bandcamp